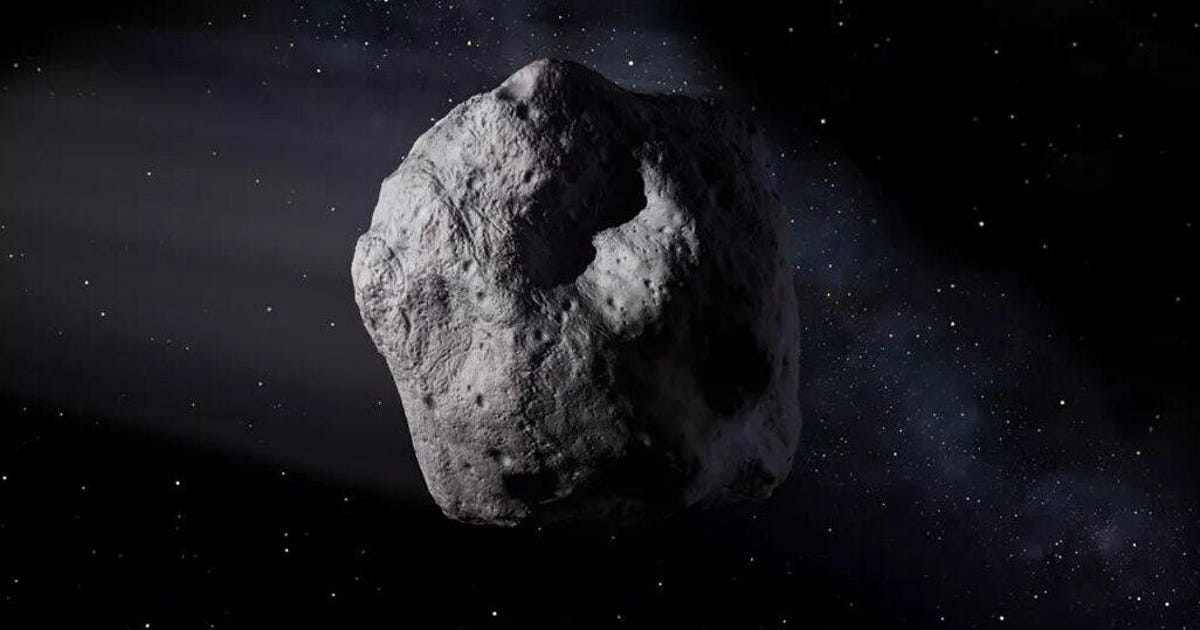 I was cruising through the Google News science section this morning when a story popped out saying NASA has estimated a space rock the size of the Great Pyramid may hit our planet on May 6, and even that an impact is “likely.” That’s the kind of message that can get your adrenaline pumping. But don’t fear. Asteroid 2009 JF1 won’t be smacking into us.

A quick peek around Twitter shows people expressing concern about the headlines, many of them asking the same question: Will it hit Earth? Fortunately, it will miss us, but there’s an interesting story about how it managed to spark those fears in the first place.

The asteroid had been on the European Space Agency Near-Earth Objects Coordination Center notable risk list, but it got kicked out of the top 10 in February. It was thought to have a 1 in 4,000 chance of hitting the planet during a close approach in May, but new data dropped that risk to 1 in 1,700,000.

As the name suggests, asteroid 2009 JF1 was first observed in 2009, but then researchers lost sight of it and weren’t able to get a good idea of ​​its orbital path and how close it might come to Earth. Tools for determining asteroid orbits have improved since then and a new look at existing data brought the asteroid’s risk level into focus.

ESA said in February that “…the asteroid has now lost its prominence in our risk list, and is relegated together with other more routine objects that pose minimal threat.” The asteroid is estimated to be around 33 feet (10 meters) in diameter, or about the size of a school bus. That’s pretty small. ESA even described a possible impact as “not of significant concern.”

To put the asteroid’s approach into perspective, the Asteroid Miss Information Twitter account translated its distance from Earth into other terms. So, you would be able to fit 898 moons between us and the asteroid.

The asteroid threat isn’t a fantasy. There have been significant impacts in the past, but there’s no need to fret over every space rock that flies through the neighborhood. As CNET’s Eric Mack explains, it’s usually not the ones in the headlines we need to worry about. That’s why astronomers are focused on finding and tracking new objects, and working on planetary defense missions. Feel free to just wave as asteroid 2009 JF1 zips safely by later this week.