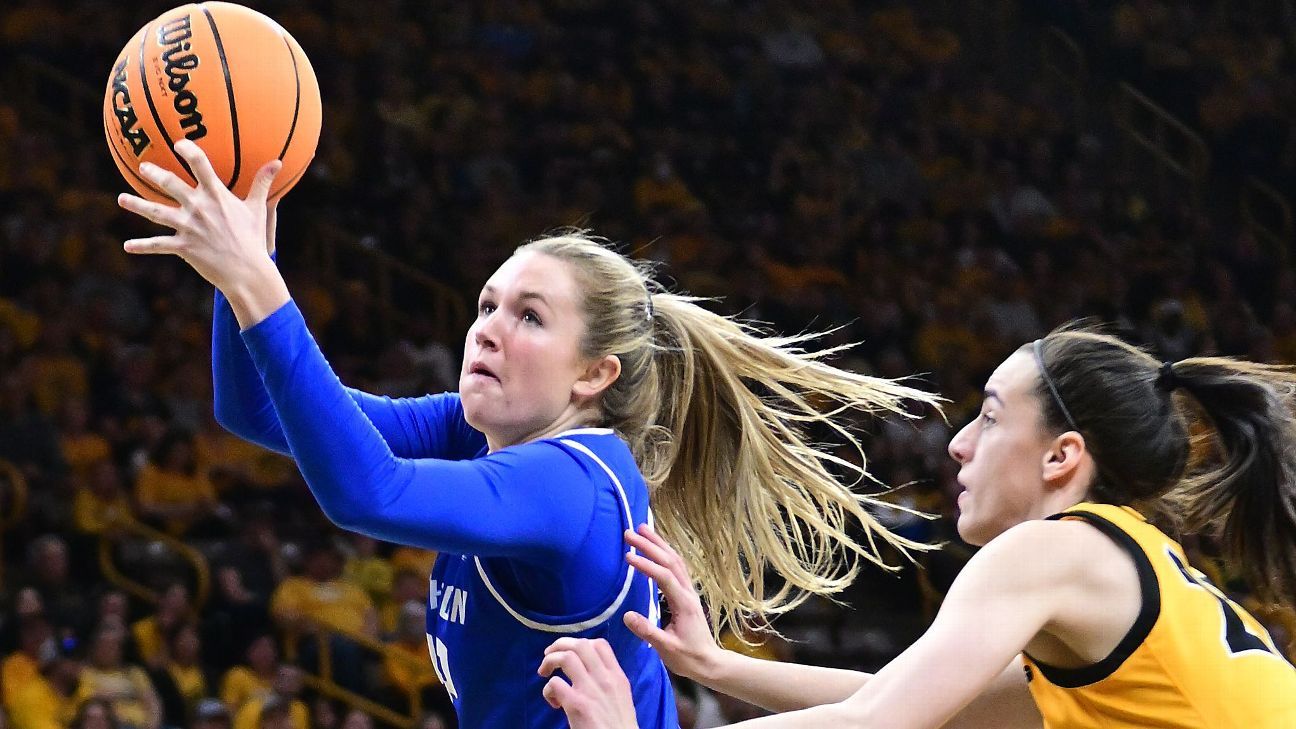 IOWA CITY, Iowa — The first of the top 16 seeds in the women’s basketball NCAA tournament went tumbling Sunday despite playing in front of a standing room only crowd cheering for the Division I leader in scoring and assists.

No. 10 seed Creighton wasn’t intimidated by the crowd, No. 2 seed Iowa or star Caitlin Clark, knocking off the Hawkeyes 64-62 in the second round. The Bluejays are in a regional final for the first time in program history, moving on to the Sweet 16 in Greensboro, North Carolina. The Hawkeyes lament a tough ending to a season in which they shared the Big Ten regular-season title and won the league tournament title.

The Bluejays sent notice that they meant business with an 84-74 victory over No. 7 seed Colorado on Friday in the first round, and they led for much of the game Sunday. Iowa got two shots at the game-tying basket, but both fell short as the buzzer sounded. The Bluejays celebrated with their group of blue-clad fans surrounded by disappointed thousands in black and gold at Carver-Hawkeye Arena.

Iowa’s 62 points were the fewest the Hawkeyes have scored the past two seasons, during which Clark has been a scoring sensation. But Sunday, she was held to 15 points, going 4-of-19 from the field, including 0-of-8 in the second half.

Sophomore Lauren Jensen, who played her freshman season at Iowa last year before transferring, led Creighton with 19 points, including what turned out to be the game-winning 3-pointer with 15 seconds left.