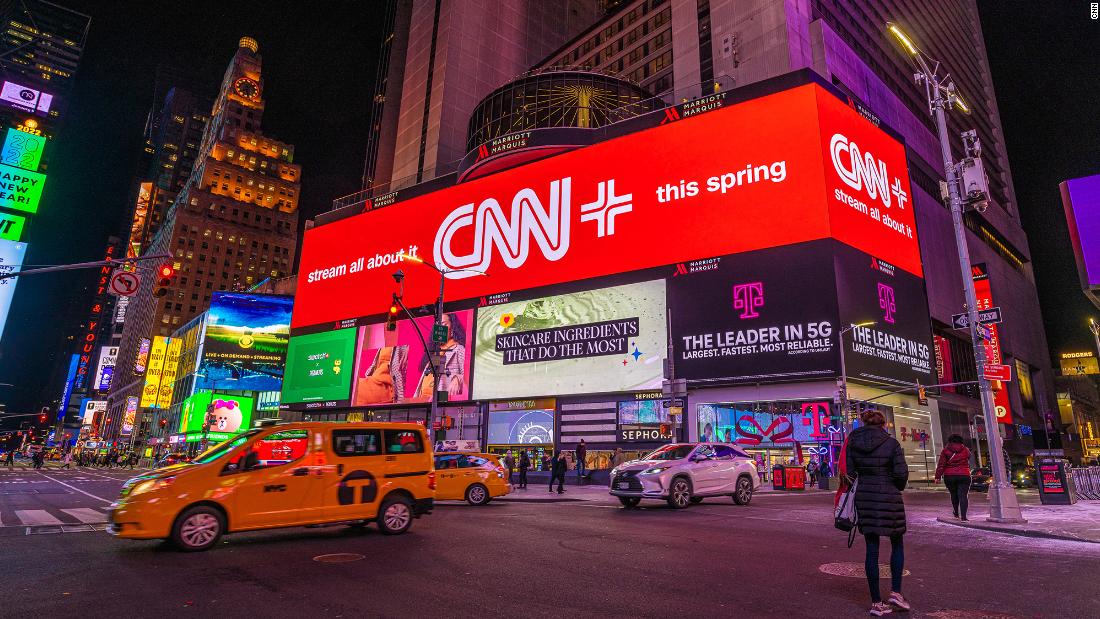 “We are going to be the only global video-driven news subscription business,” CNN chief digital officer and head of CNN+ Andrew Morse said in an interview.

The big three broadcast news divisions — ABC, NBC and CBS — have streaming channels that are free and ad-supported, but have far less content. MSNBC repurposes some of its programs on NBCUniversal’s subscription service, Peacock, while Fox News sells a streamer that focuses on entertainment and right-wing talk, not news.

CNN+ is distinct from all of those. Still, the service faces headwinds, including looming management changes and outside skepticism about the service’s prospects.

Down the road, CNN+ may be bundled. But at launch it is a standalone product priced at $5.99 a month. People who sign up in the first four weeks directly through CNN will receive “50% off the monthly plan — for life — as long as they remain subscribers,” the company says.

CNN’s hit original series like “Anthony Bourdain: Parts Unknown,” which were previously streaming elsewhere, will now be available exclusively in the CNN+ library. Acclaimed documentaries and specials will also be streaming.

Eight daily newscasts and interview shows will go live throughout the day on weekdays, then be available on demand.

Nearly a dozen new weekly programs like “The Don Lemon Show” and “Jake Tapper’s Book Club” will also premiere throughout the week.

A dedicated team will cover breaking news and produce special reports with many of the same correspondents and analysts that appear on CNN.

But nothing will change about the current CNN experience on TV or on CNN Digital. Anchors will continue helming their existing shows, available via cable and satellite, and reporters will continue publishing stories on CNN.com, the free ad-supported website.

But a growing number of American households don’t have cable anyway, creating a major threat to the future of major media companies. So CNN executives and producers pondered: What would a brand new video news service look like in 2022, freed from all the constraints of traditional TV?

The answers are evident throughout the daily CNN+ schedule, beginning with “Five Things,” five of the morning’s top headlines hosted by Kate Bolduan at 7 am Eastern.

“Because we’re not doing one set linear feed, we can do a show that allows people to get up to speed in the morning,” CNN head of product and CNN+ general manager Alex MacCallum said. “If that should be five minutes one day, 15 minutes the next day, we have the flexibility to be able to make the shows as long or as short as they need to be to fulfill whatever the customer needs is.”

“Go There” at 8 am Eastern will feature in-depth coverage from correspondents in the field, including the war zone in Ukraine. The daily schedule will continue with “The Big Picture with Sara Sidner” at 9 am, “Reliable Sources Daily” at 11 am, “The Source with Kasie Hunt” at 4 pm, “The Global Brief with Bianca Nobilo” at 5 pm, “Who’s Talking to Chris Wallace?” at 6 pm, and “The Newscast with Wolf Blitzer” at 7:30. (Full disclosure: I’m the host of “Reliable Sources Daily.”)

CNN executives expect that many people will watch these shows on-demand, not live, which invites a different way of thinking about news coverage.

The streaming service’s interactive component, Interview Club, will also be a regular source of content.

“We want to give space for subscribers to ask the questions that they have,” CNN chief technology officer Robyn Peterson said in an interview.

Interview Club will let subscribers submit questions that moderators will share with expert guests. It was “built from the ground up, from whiteboard all the way to product,” Peterson said.

An immense amount of work has taken place behind the scenes to create a streaming platform that can eventually expand around the world.

The ultimate question is: How many people will pay up for video news?

CNN is rolling out a marketing blitz to raise awareness of the product. Hosts like Wallace are making the rounds on other channels as well.

The launch is complicated by the fact that WarnerMedia is on the verge of merging with Discovery. The mega-deal is expected to take effect in April, and may augur changes behind the scenes.

Alexander said Discovery could take one of two different paths to integrate all the brands. “The first is a scale play bundle,” she said, combining HBO Max, Discovery+, and CNN+ much like “Disney did with its three services, Disney+, Hulu, and ESPN+.”

The second and more likely path, she said, is “all of these services melding together into one platform.”

That’s out of the control of the CNN+ staffers who have spent recent weeks rehearsing new shows, fine-tuning the marketing and fixing software bugs. On Tuesday they will start to see how the public responds to the new service.

Peterson said CNN+ will be available on a key set of devices at launch — on the web, mobile and connected TV sets — and will “expand to new devices” in the months ahead.

While executives have not commented on when CNN+ might be available outside the US, “CNN is a brand that is known around the world,” Morse said. “Aside from the BBC, there really is no other global news organization like CNN. So we see a really substantial market opportunity.”