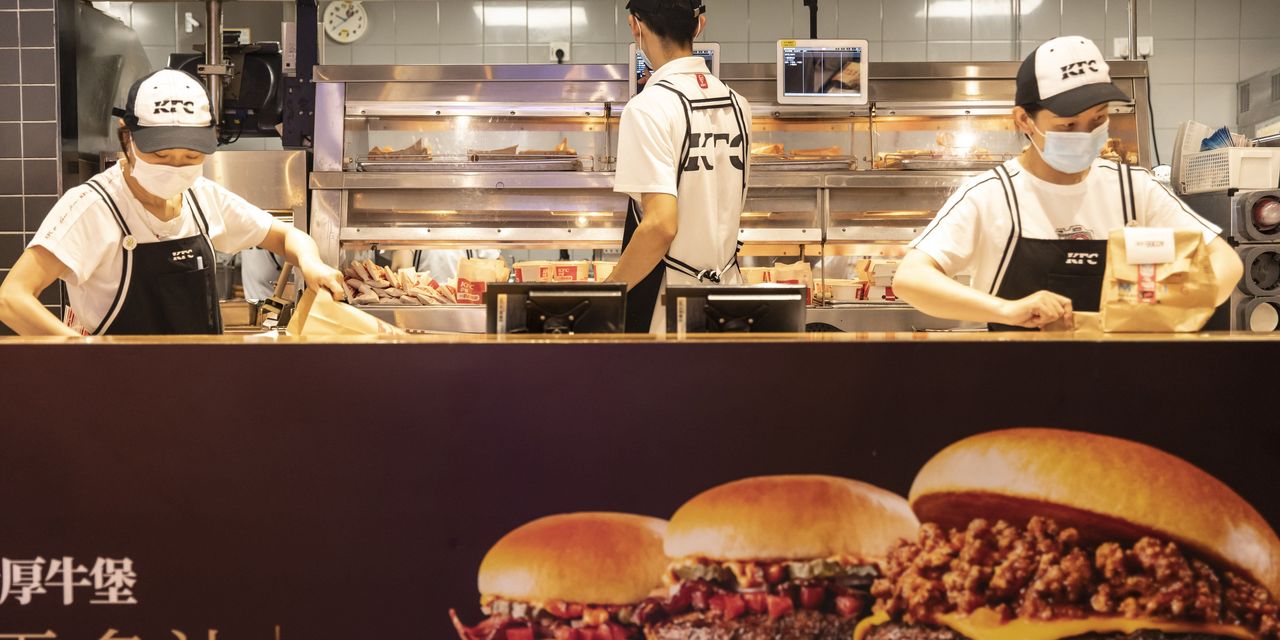 A further step by the Securities and Exchange Commission toward forcing companies from China off American exchanges helped trigger the worst decline in US-listed Chinese stocks since the global financial crisis, and sparked a second selloff in Hong Kong.

The steep drops add to a punishing period for Chinese shares—some of which have now lost 40% or more in value over the past six months. They have already been buffeted by a series of regulatory crackdowns from Beijing, and have been caught up in the broader market unease sparked by elevated inflation, the war in Ukraine and the prospect of rising US interest rates.

The Nasdaq Golden Dragon China Index of China-focused US-listed companies closed 10% lower Thursday. That took the index, which includes many American depositary receipts, to its lowest since 2016, and marked its biggest one-day percentage decline since October 2008, Refinitiv data showed.

the operator of KFC in China, as firms whose audit working papers couldn’t be inspected by US regulators.

A 2020 law, the Holding Foreign Companies Accountable Act, would ban trading in securities of companies whose audit papers can’t be checked for three years in a row. Strategists at Morgan Stanley said they expected the SEC to add more names to the provisional list in the coming weeks, as those companies released their annual reports.

“We’re definitely in some complete dislocation when it comes to sentiment and China,” said Andy Maynard, head of equities at China Renaissance. “This is just another nail in the coffin for investors when it comes to China and especially ADRs.”

The market value of the MSCI China Index has fallen by some $1.45 trillion from a peak in February of last year, when it was worth some $3.6 trillion, Refinitiv data shows.

JD.com on Thursday had reported a better-than-expected quarterly adjusted profit and solid guidance for this year, Sanford C. Bernstein analysts said in a note to clients. “None of that mattered,” given the SEC news, they wrote.

China’s securities regulator said it continued to engage with the US Public Company Accounting Oversight Board, the federal audit watchdog overseen by the SEC. In a statement Friday, it said it respected foreign regulators overseeing accounting firms, but opposed the politicization of securities regulation.

Yum China said as things stood, it would be delisted from the New York Stock Exchange in early 2024, unless it was excluded from the law or its auditor could be fully inspected. “The company will continue to monitor market developments and evaluate all strategic options,” it said.

Yum China and many other companies have already secured second listings in Hong Kong, meaning their shares could continue to trade if they were ejected from US markets. Some of the steepest drops Thursday were among companies that haven’t obtained such a listing, including Pinduoduo and the property-portal operator KE Holdings Inc.,

BeiGene said it is working to comply with the Holding Foreign Companies Accountable Act and expects to keep its listings in New York, Hong Kong and Shanghai.

Another of the named companies, Zai Lab ltd.

, said it was working toward hiring an accountancy firm whose work could be inspected by US regulators. “The company’s provisional identification does not mean that the company is about to be delisted by the SEC from Nasdaq,” it said.

Onshore Chinese shares have been comparatively shielded from the regulatory pressure that has pummeled their offshore equivalents. The CSI 300 index rose 0.3%, rebounding from some losses from earlier in the day.

Write to Dave Sebastian at dave.sebastian@wsj.com