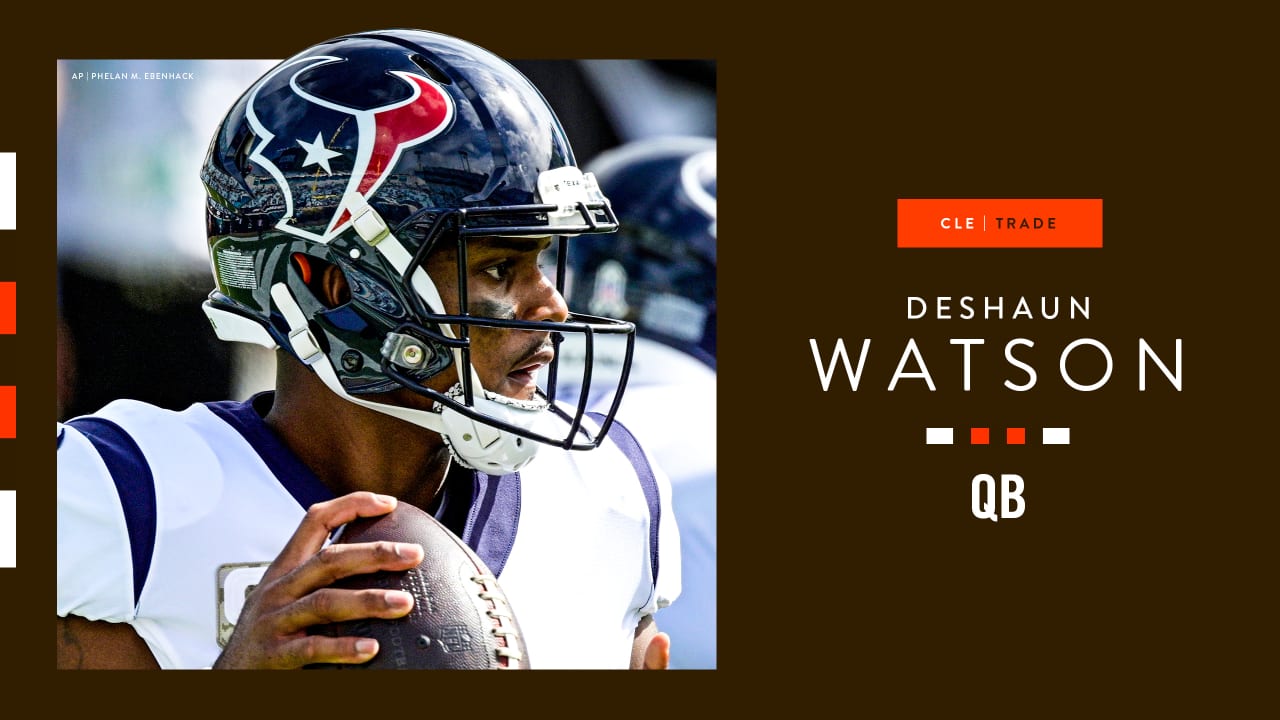 The Cleveland Browns and Houston Texans have made the following trade:

“We spent a tremendous amount of time exploring and investigating the opportunity to trade for Deshaun Watson. We are acutely aware and empathetic to the highly personal sentiments expressed about this decision. Our team’s comprehensive evaluation process was of utmost importance due to the sensitive nature of his situation and the complex factors involved. We also understand there are still some legal proceedings that are ongoing and we will respect due process. It was pivotal that we, along with Andrew Berry and Kevin Stefanski, meet with Deshaun to have a straightforward dialogue, discuss our priorities, and hear directly from him on how he wants to approach his career on and off the field. He was humble, sincere, and candid. In our conversations, Deshaun detailed his commitment to leading our team; he understands and embraces the hard work needed to build his name both in the community and on the field.Those in-depth conversations, the extensive evaluation process, his dedication to being a great teammate and devotion to helping others within the NFL, within the community, and through his charitable initiatives provided the foundation for us to pursue Deshaun. We are confident in Deshaun and excited about moving forward with him as our quarterback and supporting his genuine and determined efforts.”

“We look forward to having Deshaun as our starting quarterback. We have done extensive investigative, legal and reference work over the past several months to provide us with the appropriate information needed to make an informed decision about pursuing him and moving forward with him as our quarterback. Deshaun has been among the very best at the position and he understands the work needed to re-establish himself on and off the field in Cleveland. We are confident that he will make positive contributions to our team and community as we support his return to football.”

“Our organization did a tremendous amount of background on Deshaun. We understand the concerns and questions that exist but are confident in the extensive work Andrew and his staff have done to feel confident about him joining our organization. It was important for us to meet with Deshaun in person as part of our team’s evaluation process, we had a candid conversation regarding his approach to coming into our organization and community. I’m looking forward to the opportunity to coach Deshaun, he is ready to put in the hard work needed to help our team improve and make a positive impact in our community.”