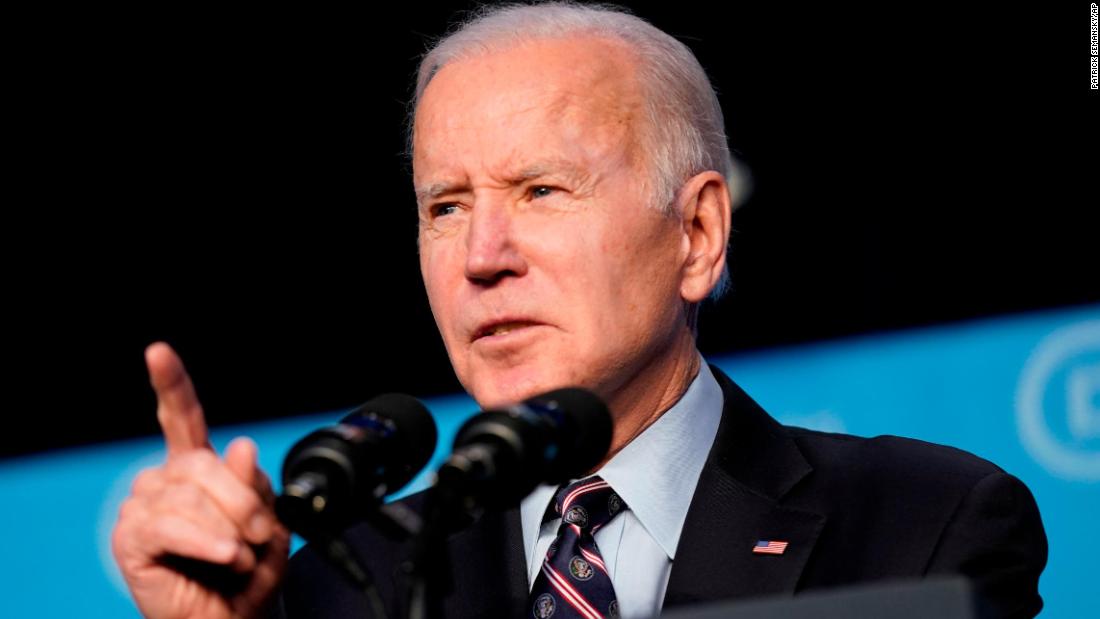 While the US has so far not presented any evidence that Russia plans to use chemical weapons in Ukraine, the White House — most notably, press secretary Jen Psaki — has warned that the weapons could be used in the conflict.

She also noted Russia’s “long and well-documented track record of using chemical weapons” as well as its pattern of “accusing the West of the very violations that Russia itself is perpetrating.”

The US government has previously found that the Russian government used chemical weapons in both the 2020 poisoning of Russian opposition leader Alexey Navalny and in 2018 against Sergei and Yulia Skripal in England. Both determinations by the US led to sanctions under the Chemical and Biological Weapons Control and Warfare Elimination Act, which requires the President to impose economic and diplomatic sanctions if a country is found to have used chemical weapons.

Additionally, the US has said that Syria’s Bashar al-Assad, whose regime is supported by Russia, has used chemical weapons on its people dozens of times during the war there

When asked about her tweets at Thursday’s press briefing, Psaki declined to speculate on hypotheticals regarding the US response if Russia were to use chemical weapons in Ukraine.

“Well, they have a large biological and chemical weapons program. So it’s a pattern, but they also have the capacity. While I’m not going to get into specific intelligence, we look at all of those factors,” Psaki told reporters.

She continued, “So the objective (of the tweets) was to make clear the inaccuracy of the information and the misinformation they’re trying to put out and make clear to the world that they not only have the capacity, they have a history of using chemical and biological weapons, and that in this moment, we should have our eyes open for that possibility.”

She declined to speculate on whether there is any sign of imminent use of chemical weapons by Russia in Ukraine.

Pressed by CNN’s Kaitlan Collins on whether there will be a military response from the US if Russia were to conduct a chemical weapons attack, Psaki said the current US posture has not changed.

She later declined to specify any red lines but said there will be “significant consequences for every escalatory step” taken by Russian President Vladimir Putin.

Secretary of State Antony Blinken warned earlier this year of the possibility of Russia carrying out a fake or real chemical weapons attack as a manufactured pretext for an invasion into Ukraine. But his comments came before Russia’s full invasion began.

The White House said Friday that there are “strong indications” that Russia is committing war crimes in Ukraine, stopping short of a declaration, which legally requires an investigation before such an assessment can be made.

“We have all seen the devastating images coming out of Ukraine and are appalled by Russia’s brutal tactics. Pregnant women on stretchers, apartment buildings shelled, families killed while seeking safety from this terrible violence. We are also seeing reports of other types of potential abuses , including sexual and gender-based violence,” White House deputy press secretary Andrew Bates told reporters aboard Air Force One.

He added, “These are disgusting attacks. Civilian casualties are increasing. If Russia is intentionally targeting civilians, that would be a war crime. And as we are all seeing on live television, evidence is mounting and we are documenting it as it takes place . There are strong indications that this is occurring and that the heinous way Russia is prosecuting this war will result in war crimes.”

US Ambassador to the UN Linda Thomas-Greenfield became the highest-ranking US official to say that actions committed by Russia against the Ukrainian people constitute war crimes, telling the BBC Thursday, “They constitute war crimes; there are attacks on civilians that cannot be justified by any — in any way whatsoever.”

Other Biden administration officials have not gone as far as to declare outright that Russia has committed war crimes — violations of international laws of armed conflict — and instead have pointed to “credible reports” that such crimes have been carried out and their support for investigations into Moscow’s actions.

Vice President Kamala Harris on Thursday referenced “atrocities” committed by the Russians and said that the UN should investigate the allegations of Russian war crimes. On Friday, Harris said, “We are clear that any intentional attack or targeting of civilians is a war crime. Period.”

The US will share that evidence with allies and partners and will “support accountability” with every tool available, “including prosecutions when appropriate,” Bates said.

This story has been updated with additional reporting.