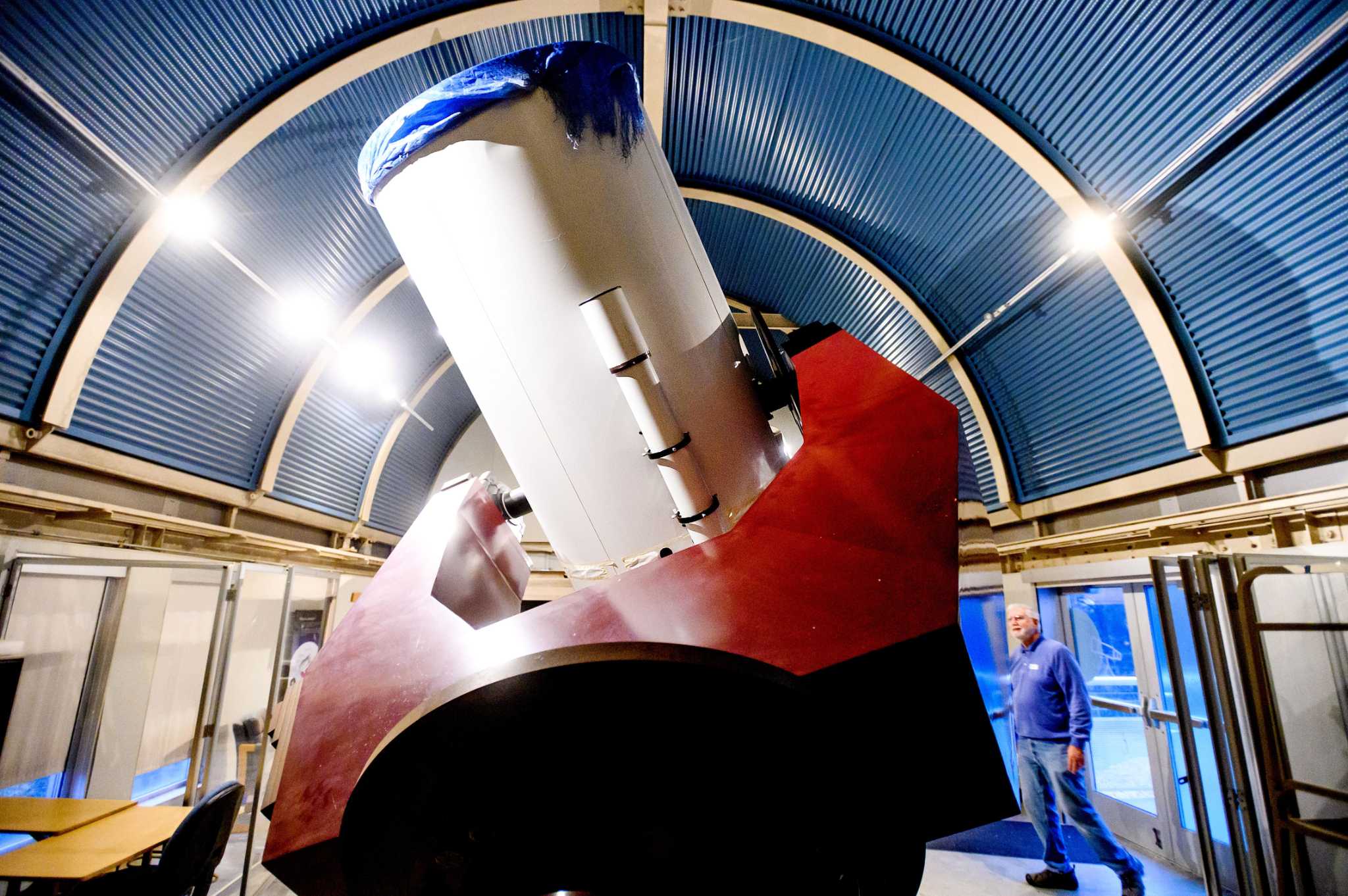 A spectacular new cosmic show might erupt in the night sky over the Bay Area on Memorial Day — but then again, it might not.

Stargazers are in suspense over the Tau Herculids, a never-before-seen meteor shower that could possibly appear around 10 pm on May 30. Made of broken-up particles from Comet Schwassmann-Wachmann 3, which began to break up in 1995, the debris is expected to intersect with the Earth’s orbit again next week — but this time, it could be visible to the naked eye.

NASA models show that if the particles were ejected with high enough speed at the time of its dissolution, North America could see the meteor shower.

But if the particles were slow, don’t expect to see much more than the usual constellations and perhaps an orbiting satellite that night.

“It could be a meteor storm, which is spectacular,” said Robert Lunsford, the fireball report coordinator for the American Meteor Society. “But it could be so dim that no one sees it but a radar.”

For there to be a meteor storm, the comet’s debris had to be ejected at nearly 60 miles per hour, which would result in “a prolific display of very slow, bright and colorful meteors,” according to a journal article by Joe Rao, an astronomy lecturer at the American Museum of Natural History.

However, the debris from the comet is moving in the same general direction as Earth, meaning any meteors would move far slower than expected for a meteor shower, according to the American Meteor Society. While that doesn’t entirely prevent a fireball storm from happening, it does make it more unlikely.

A faint Comet Schwassmann-Wachmann 3 was first observed in 1930, returning roughly every 5.4 years after. When the still-intact comet appeared in the night sky in 1995, it was far brighter, visible to the naked eye and sporting a dust tail, according to the Central Bureau for Astronomical Telegrams at Harvard.

Astronomers observed that the comet broke into several large pieces as it approached the sun in 1995, and those pieces have since disintegrated further.

Larger fragments from the breakup of Comet Schwassmann-Wachmann 3 would have to be in front of the trajectory of the comet in order for North America to see a meteor shower.

A large stream of material has been left by the breakup of the comet, with potentially 100 slow-moving meteors per hour, said Gerald McKeegan, an adjunct astronomer with the Chabot Space and Science Center in Oakland.

Though astronomers have predicted the appearance of a meteor shower several times since the comet’s fragmentation in 1995, the May 30 forecast is more promising than prior predictions.

“This year, the cluster of particles left behind from the 1995 orbit is going to that same region of space,” McKeegan said. “The orbit of the comet is parallel to Earth and passes through the plane of the Earth’s orbit.”

The Tau Herculids were named because a possible meteor shower would appear to originate from the star Tau, located in the constellation Hercules.

But the comet’s radiant has changed since it was first calculated in 1930, appearing all over the sky, Lunsford said. It will actually appear to come from the constellation Boötes, which is near the bright star Arcturus.

Bay Area viewers who want to catch a glimpse of the possible shower will be in luck: The Tau Herculids fall on the day of a new moon. With no moonlight to wash out objects in the sky, it’s easier for the naked eye to see fainter phenomena.

But if the meteors do appear, it’s unlikely people in urban areas will see them due to the glow of San Francisco’s skyline and lights from the surrounding suburbs.

For a chance to see the whole spectacle, head somewhere with little light pollution, preferably an hour before, around 9 pm, to allow your eyes to adjust to the dark. Bring binoculars to get a closer look.

Several calculations put the peak of the shower anywhere between 9:55 pm and 10:17 pm on the West Coast, according to EarthSky. Though experts don’t know how long the meteor shower will last, preparing to view the shower early can help if the estimates of peak viewing time are wrong.

But don’t get your hopes up too much, even with promising models, astronomers said.

“This one looks favorable, but there’s a lot of things that need to happen for the general public to go out and be wowed by this,” Lunsford said.

If the Tau Herculids don’t deliver, the next major meteor shower visible in the Bay Area will be the Perseids, which start in July and peak Aug. 13.