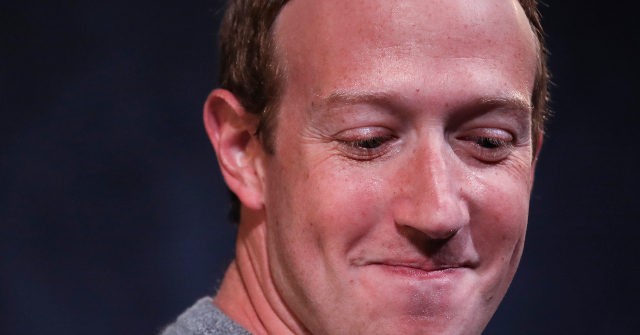 Australia’s competition watchdog has filed a lawsuit against Facebook (now known as Meta) alleging that the social media giant failed to prevent scammers promoting fake ads on its platform.

Reuters reports that the Australian Competition & Consumer Commission (ACCC) has filed a lawsuit against Facebook alleging that the social media giant failed to prevent scammers from using its platform to promote fake ads to unsuspecting users.

Facebook CEO Mark Zuckerberg is applauded as he delivers the opening keynote introducing new Facebook, Messenger, WhatsApp, and Instagram privacy features at the Facebook F8 Conference at McEnery Convention Center in San Jose, California on April 30, 2019. – Got a crush on another Facebook user? The social network will help you connect, as part of a revamp unveiled Tuesday that aims to foster real-world relationships and make the platform a more intimate place for small groups of friends. (Photo by Amy Osborne/AFP) (Photo credit should read AMY OSBORNE/AFP/Getty Images)

The advertisements regularly endorsed cryptocurrency or money-making schemes and featured famous Australians to fool users. The lawsuit filed in the Federal Court alleges that Facebook “aided and abetted or was knowingly concerned in false or misleading conduct and representations by the advertisers.”

ACCC chair Rod Sims stated: “The essence of our case is that Meta is responsible for these ads that it publishes on its platform. It is alleged that Meta was aware … scam ads were being displayed on Facebook but did not take sufficient steps to address the issue.”

Facebook stated that any ads that are designed to scam users or mislead them violated the platform’s policies and that the company uses technology to find and block such ads. Facebook added that it had “cooperated with the ACCC’s investigation into this matter to date.”

In an email to Reuters, Facebook stated: “We will review the recent filing by the ACCC and intend to defend the proceedings,” refusing to comment further.

The ACCC stated that the ads used images featuring Australian business leaders, TV hosts and politicians and linked to fake news articles including fake quotes from the Australian personalities with the aim of having users deposit funds into fake schemes

Facebook is no stranger to Australian courts. After Mark Zuckerberg’s internet giant claimed it didn’t collect data on Australian users, a judge called the argument “divorced from reality.” As Breitbart News reported in February:

The OAIC announced its lawsuit against Mark Zuckerberg’s company in 2020, alleging “serious and/or repeated interferences with privacy in contravention of Australian privacy law.” The OAIC aimed to sue Facebook Inc. in the US and its Irish subsidiary. The Masters of the universe have attempted to have the case against it thrown out claiming that it does not collect or hold personal information in Australia so cannot be sued under Australian laws.

This argument was thrown out by the Australian court this week, describing Facebook’s case as “divorced from reality.” Justice Nye Perram said in his reasoning for the ruling:

“There is a readily available inference that Facebook Inc installs cookies on devices in Australia on behalf of Facebook Ireland as part of its business of providing data processing services to it. Further, it is clear that Facebook Ireland’s use of cookies (installed and removed by Facebook Inc) forms an important part of the operation of the Facebook platform. It is not an outlier activity. It is one of the things ‘which makes Facebook work.’”

Lucas Nolan is a reporter for Breitbart News covering issues of free speech and online censorship. Follow him on Twitter @LucasNolan or contact via secure email at the address lucasnolan@protonmail.com