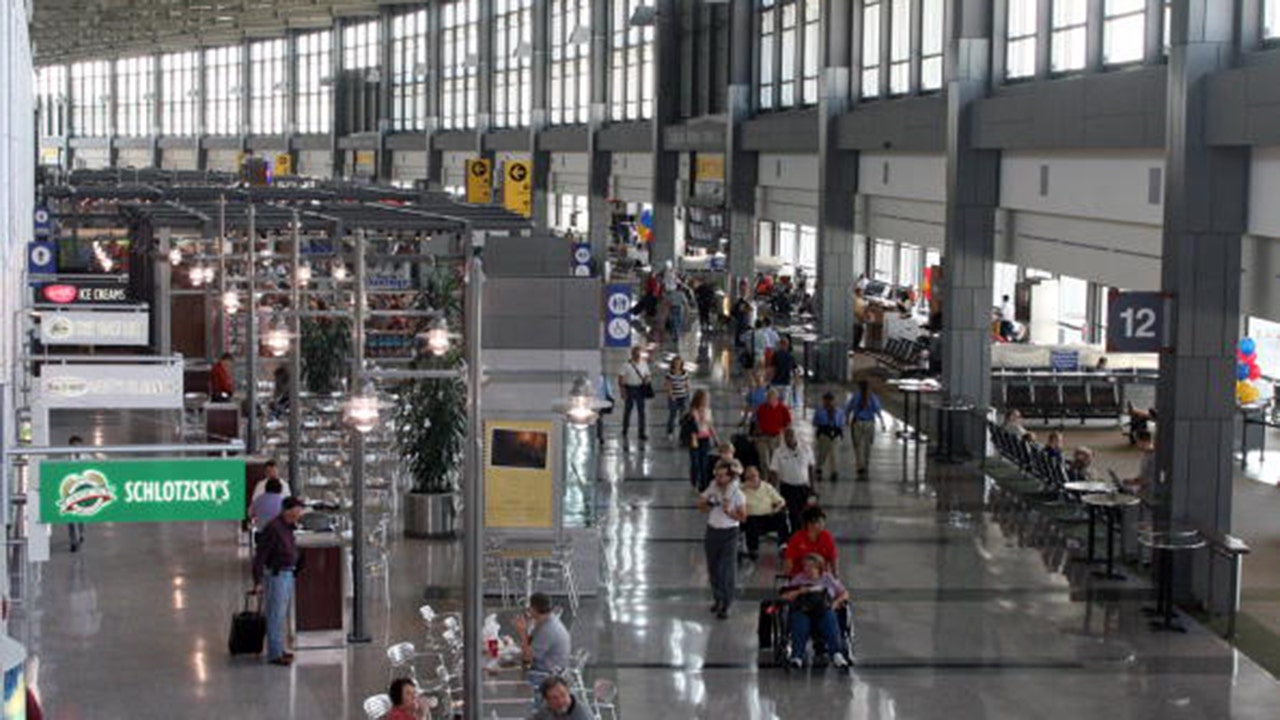 Austin-Bergstrom International Airport sent out a fuel shortage alert on Monday and warned passengers to arrive at least two hours early as the Texas capital deals with an influx of travelers.

Officials sent out the alert on Monday morning and instructed arriving flights to land with more fuel than normal in case the airport can’t refuel them.

“This has become a more regular occurrence as the airport is seeing increased flight activity,” Sam Haynes, a spokesperson for ABIA, told Fox Business. “There are no immediate impacts to operations, but it’s possible flights could have to divert to refuel before landing at AUS.”

Travelers walk the main concourse at the Austin-Bergstrom International Airport in Austin, Texas. (Photo by Jack Plunkett/Bloomberg via Getty Images)

The line to get through security, meanwhile, wrapped around outside the airport as passengers tried to make their flights, according to accounts from frustrated travelers on social media.

ABIA only carries 2-3 days of fuel, which is below the industry average of 5-7 days at other airports. The airport is in the process of finalizing a new fuel storage facility now.

The airport, which opened in 1999, was only designed to hand about 11 million travelers per year, a number that will be easily eclipsed in 2022. Austin hosts two major events each year, SXSW and Austin City Limits music festival, and scores of other events requiring a major airport including racing events at the Circuit of the Americas, MLS soccer games at the new Q2 Stadium, and Texas Longhorn football games. The 2022 edition of SXSW ended on March 20.

“As more people and businesses move to Austin and Central Texas, AUS has experienced a rising demand for air travel, with early projections for 2022 passenger volumes meeting similar record-breaking numbers experienced in 2019, which saw over 17 million passengers fly out of AUS ,” the airport wrote earlier this year in a news release about the need for the new fuel storage facility.

Austin is the fourth-fastest growing metro area in America, according to the census bureau. (iStock)

Austin is the fourth-fastest growing metro area in America, as the city’s population exploded 21% to nearly one million people over the past decade, according to census bureau figures released last year.

The city has not been immune to growing pains in recent years though, as demonstrated by the airport’s struggles, a boil water notice that lasted several days last month, and a record 89 murders last year in the wake of the city council voting to slash Austin Police Department’s budget.