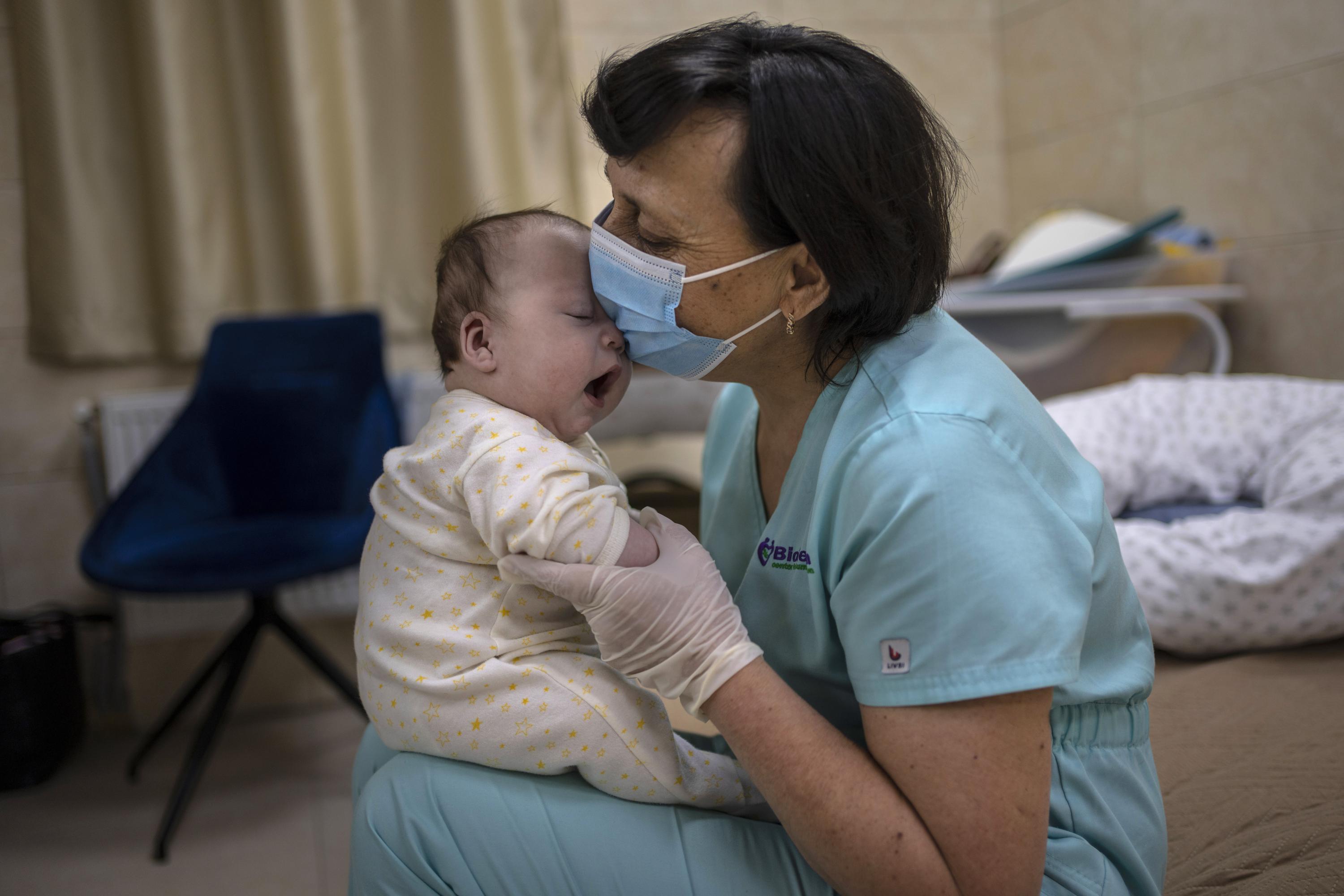 By The Associated Press

In a Kyiv basement converted into a nursery, nanny Svitlana Stetsiuk plays tenderly with a baby, one of 19 who have been separated from their biological parents who are out of the country as the war rages in Ukraine. The reason? They were born to surrogate mothers.

In the western city of Lviv, the country’s cultural capital that until recently was mostly known for its elegant architecture, military veterans train dozens of civilians to use firearms and grenades.

“It’s hard, because I have really weak hands, but I can manage it,” said 22-year-old Katarina Ishchenko.

All around the country, there are scenes of resistance and determination as Ukrainians put up a fight against Russia, which has faced heavier-than-expected losses on the battlefield following its invasion.

On Day 24 of the war, people at a parlor in Lviv have patriotic symbols tattooed on their bodies. On the outskirts of Kyiv, a local resident volunteer as a traffic officer near a barricade, holding up a handwritten sign that reads “STOP.”