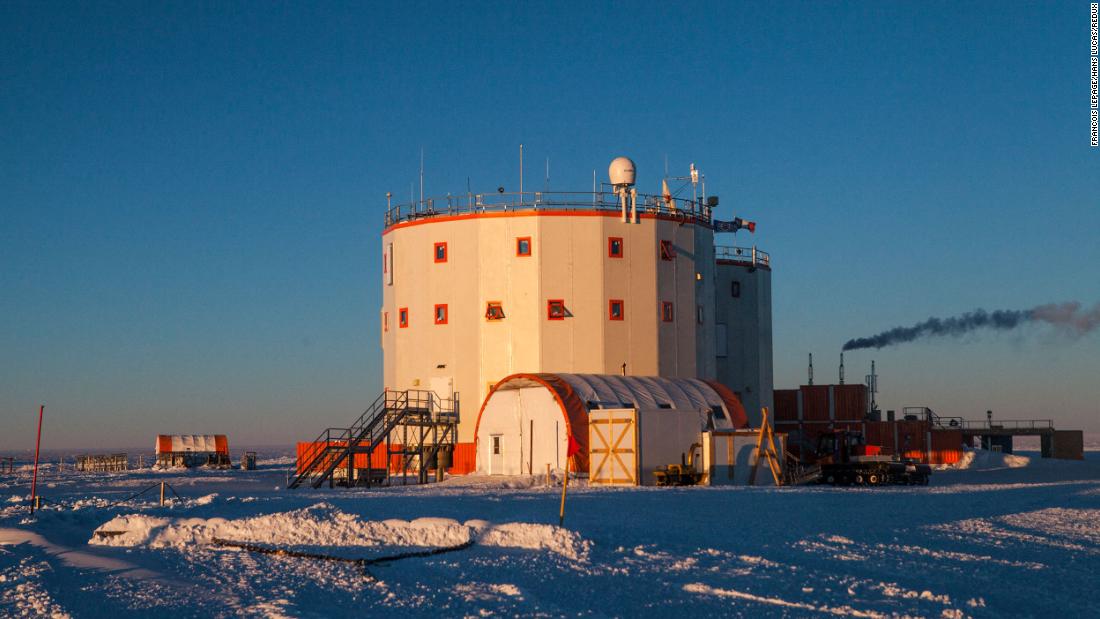 The temperature at Concordia Research station atop Dome C on the Antarctic Plateau — typically known as the coldest place on Earth — surged to an astounding 11.3 degrees Fahrenheit (minus-11.5 Celsius) on March 18.

The normal high temperature for the day is around minus-56 Fahrenheit (minus-49 Celsius), which puts the March 18 reading at close to 70 degrees Fahrenheit (around 38 Celsius) warmer than normal.

If the World Meteorological Organization actually tracked this particular metric, scientists say it would likely set a world record.

It “appears to have set a new World Record for the largest temperature excess above normal … ever measured at an established weather station,” Robert Rohde, the lead scientist at Berkeley Earth, tweeted Monday.

Randall Cerveny, a professor of geographical sciences at Arizona State University and the Rapporteur on Extreme Records for the World Meteorological Organization, told CNN this kind of record — how far above or below normal a temperature is — is not something the WMO tracks or check.

But even so, he said, this reading looks legit.

“Everything that I personally have seen about the Dome C observation suggests that it is a legitimate observation,” Cerveny told CNN.

While 11 degrees Fahrenheit is not warm by any stretch, it is unheard of for this part of Antarctica, and 70 degrees above average is similarly astounding.

It would be as if the high temperature in Washington, DC, on Monday — normally 61 degrees — was an unthinkable 131 degrees. In reality, the warmest it’s ever been there on March 28 was 85 degrees.

The coldest place on Earth?

Concordia’s temperature was a record for the highest temperature not only in the month of March, but an “absolute record” for any month, according to Etienne Kapikiana meteorologist at Meteo-France, the French meteorology service.

And it wasn’t the only location to set record high temperatures that day.

Vostok, the Russian research base famous for logging the coldest temperature in the world, reported a high temperature of zero degrees Fahrenheit — 63 degrees warmer than the average for the day. The temperature shattered the station’s previous record for March by almost 27 degrees.

With more than 60 years of data, this record “is unheard of in the history of climatology,” according to a Meteo-France analysis.

A unique combination of meteorological events had to occur in order for Mother Nature to turn up the heat in East Antarctica that day.

There was “the moist inflow of an atmospheric river” — storms pulling large amounts of ocean moisture over land, much like what the West Coast sees in winter, Cerveny said. And there was also an intrusion of very hot air, rare for this time of year, onto the Antarctic plateau.

The arrival of the moisture trapped the hot air, allowing for the temperatures to shoot up in East Antarctica.

Although it was rare, there is a possibility these atmospheric ingredients have come together before the time when humans were around to record it, John King, a researcher at the British Antarctic Survey, told CNN.

“The Antarctic climate observing network is quite sparse, and almost nonexistent prior to the mid-1950s,” King said.

The extreme warmth in Antarctica raises concerns about long-term effects on the ice, particularly if it persists. An ice shelf in Antarctica nearly the size of Los Angeles disintegrated within days of extraordinary warmth on the continent.

But King noted the impact of a single, short-lived even like the warmth on March 18 “will always be small.”

“Although if, in the future, such events became more common, there would be significant impacts,” King said.