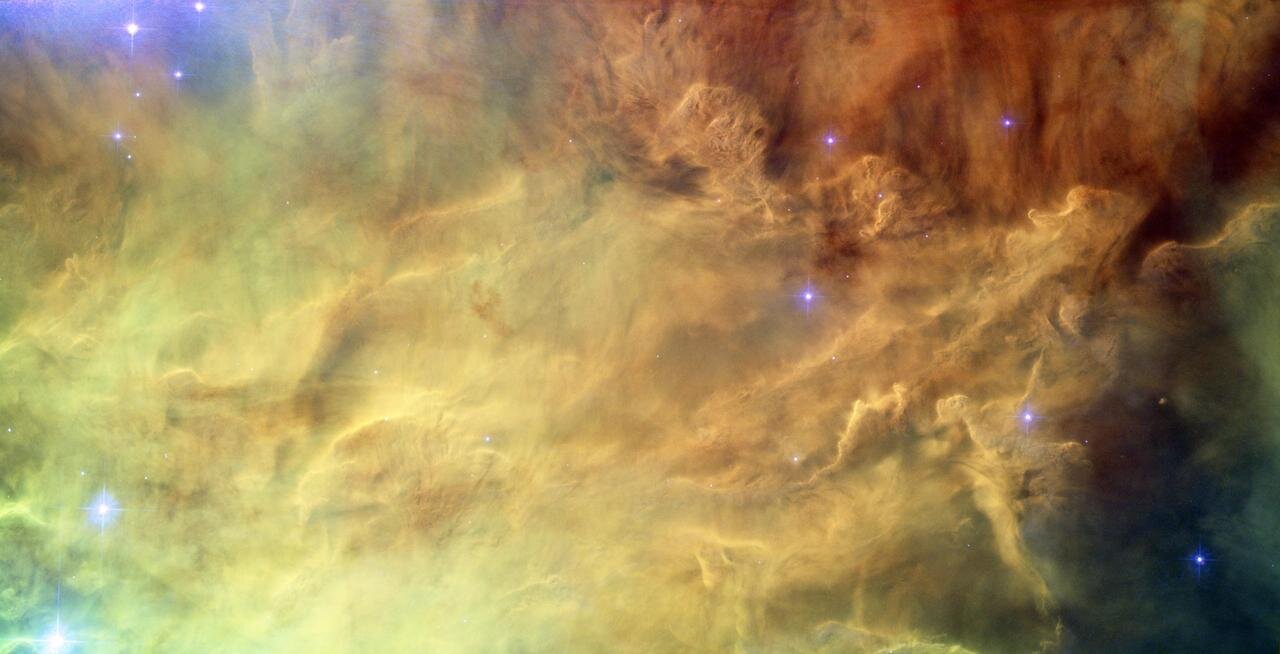 Helium-3, a rare isotope of helium gas, is leaking out of Earth’s core, a new study reports. Because almost all helium-3 is from the Big Bang, the gas leak adds evidence that Earth formed inside a solar nebula, which has long been debated.

Helium-3 has been measured at Earth’s surface in relatively small quantities. But scientists did not know how much was leaking from the Earth’s core, as opposed to its middle layers, called the mantle.

The new study pins down the core as a major source of helium-3 on the Earth. Some natural processes can generate helium-3, such as the radioactive decay of tritium, but helium-3 is made primarily in nebulae—massive, spinning clouds of gas and dust like the one that gave rise to our Solar System. Because helium is one of the earliest elements produced in the universe, most helium-3 can be traced back to the Big Bang.

As a planet grows, it accumulates material from its surroundings, so its composition reflects the environment in which it formed. To get high concentrations of helium-3 deep in the core, Earth would have had to form inside a thriving solar nebula, not on its fringes or during its waning phase.

The new research adds further clues to the mystery surrounding Earth’s formation, lending additional evidence to the theory that our planet formed inside the solar nebula.

The study was published in the AGU journal Geochemistry, Geophysics, Geosystemswhich publishes research on the chemistry, physics, geology and biology of Earth and planetary processes.

About 2,000 grams of helium-3 leak out of the Earth every year, “about enough to fill a balloon the size of your desk,” said lead study author Peter Olson, a geophysicist at the University of New Mexico. “It’s a wonder of nature, and a clue for the history of the Earth, that there’s still a significant amount of this isotope in the interior of the Earth.”

The researchers modeled helium during two key stages of Earth’s history: early formation, when the planet was accumulating helium, and following the formation of the Moon, after which helium was lost. Evidence suggests an object one-third the size of the Earth hit the planet early in its history, around 4 billion years ago and that impact would have re-melted the Earth’s crust, allowing much of the helium to escape. The gas continues escaping to this day.

Using the modern helium-3 leak rate along with models of helium isotope behavior, the researchers estimated there are between 10 teragrams (1013 grams) to a petagram (1015 grams) of helium-3 in the core—a vast quantity that Olson said points to Earth’s formation inside the solar nebula, where high concentrations of the gas would have allowed it to build up deep in the planet.

However, future work looking for other nebula-created gases, such as hydrogen, leaking in similar rates and locations as helium-3 could be a “smoking gun” for the core as the source, Olson said. “There are many more mysteries than certainties.”